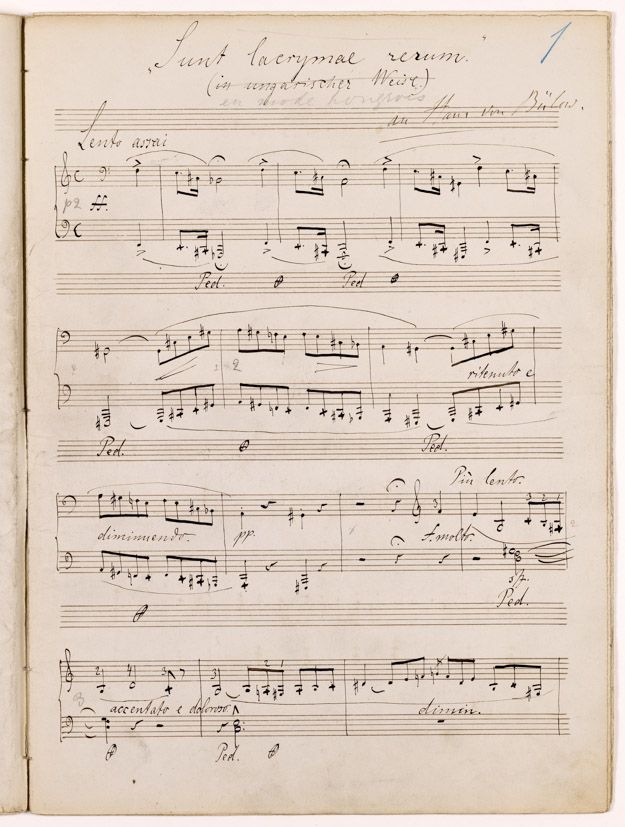 Manuscript by copyist serving as Stichvorlage for publication, with title page in Liszt's hand in violet ink. Notated in black on four systems per page, a working manuscript in places, corrected by Liszt throughout, including revised ending of nine bars with other autograph music written on a slip of blue paper laid into the score (page 5), many tempo and pedal markings Title page: (“Pilger Jahr annees de Pelerinage/‘Sunt lacrymae rerum’”), the title and dedication written by Liszt above the music (“Sunt lacrymae Rerum’ (in ungarischer Weise…an Hans von Bulow”), and his deletions and corrections in orange crayon; the music preceded by a leaf containing a partly-erased autograph beginning for piece no. 7 [‘Sursum Corda’], with Liszt’s marking “Andante Maestoso […]” the numbering “VII” corrected by him to “V.”